This was the second Zagreb coderetreat, and this year we actually managed to organize it to take place the same day as the rest of the world :) Thanks to the sponsors Toptal, Good Code, Floating Point and the hosts Zeljko and Aljosa for making it happen! 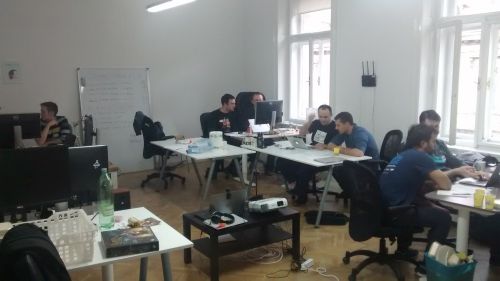 Due to our last minute advertising, the participants were Ruby heavy, but still, the eight people coded in Ruby, Python, C#, Haskell, JavaScript, and R throughout the day - quite a feat if you consider that two attendees were not professional programmers!

Due to a late start and time constraint we only had 5 sessions with the following constraints: 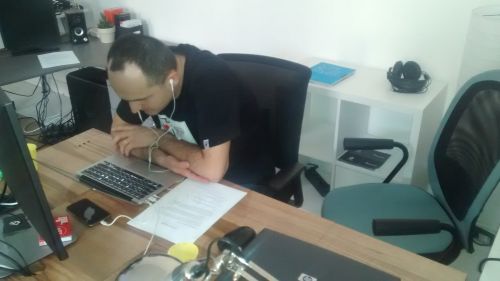 As I've known Marco from before, a few days before the GDCR we had a video call where we tested out the feasibility of remote pairing (we've tried tmate.io and FlooBits), and deemed it feasible for a coderetreat (i.e.: can be set up during the lunchbreak).

Aside: Planning is everything, but no plan survives first contact with the enemy. All pairs used TeamViewer and VisualStudio in the end.

We used the lunchbreak to pair people up using a direct videocall between me and Marco, but that is a cumbersome process and we'll try to come up with a better one for next time (maybe use a Google spreadsheet where each location can put down the interested parties' language, tooling and communication preferences before?), but nonetheless all remote pairs reported having had fun!

Facilitating remote pairs is surprisingly easy, but only when the pairs use the headphones which can be shared between two people - one bud in each person's ear.

While it does require some prior coordination between the hosts (sync session start times, agree on the same constraint for the session, etc.), I do suggest you try it out if you have the chance, especially if you haven't remote paired before!